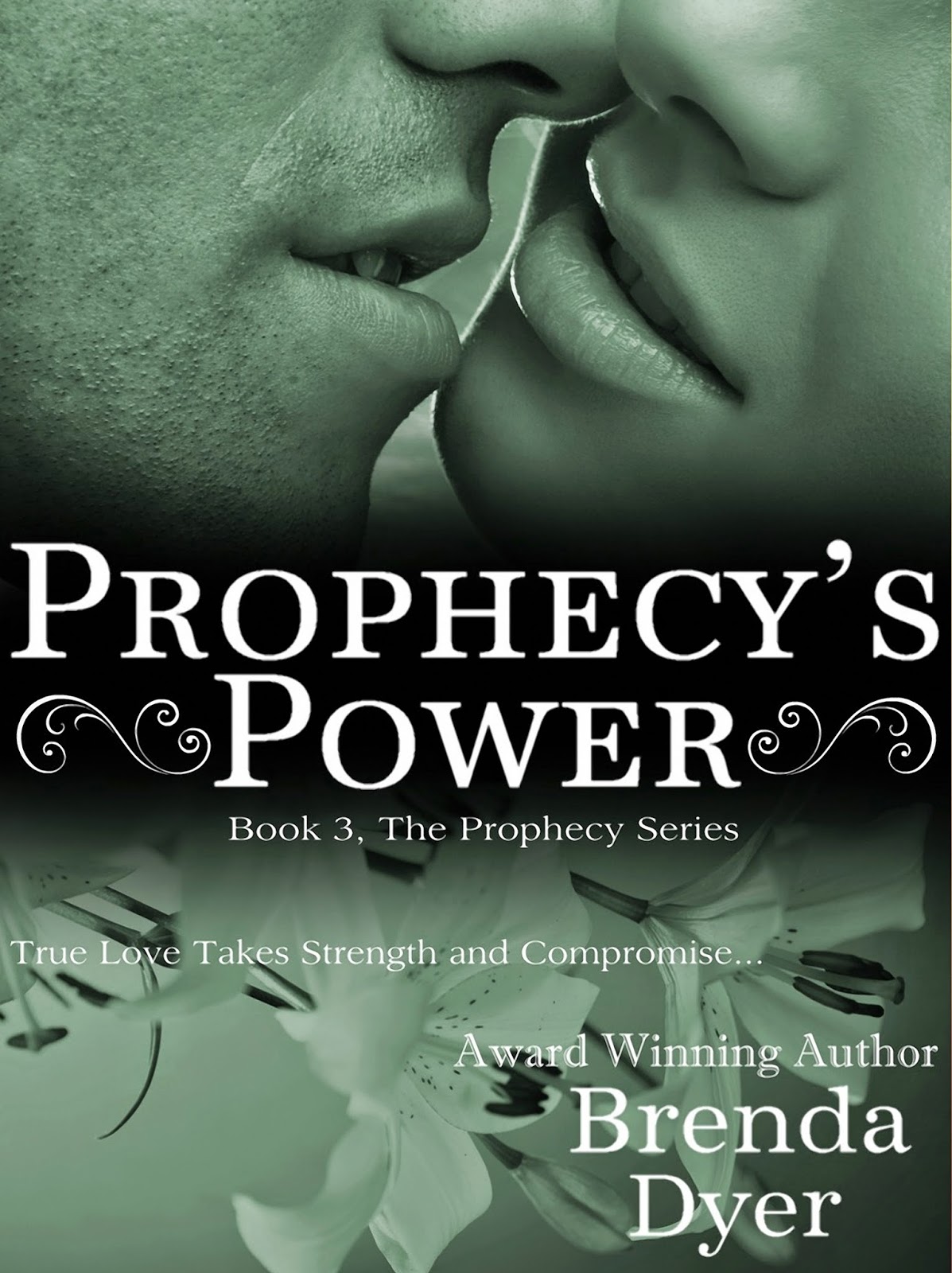 Prophecy's Power, book #3 in the Prophecy series is finally here. Phew, took me long enough. I was beginning to think this day would never come.

I won't take up your time with a bunch of my rambling--and man, I can ramble if given the opportunity, lol.

He kidnapped her heart

For Natalie Tortelli, everything comes down to a hard-won fight. She’s survived an insane mother and a cold, indifferent foster care system. To stand apart from everyone and everything is to trust only in herself—and that suits her fine. But all that changes one night when she happens upon a handsome stranger, murdering another. To make matters worse, the killer takes her captive and claims he’s part of a vampire race that protects humans from demons. Caught in a dangerous world she doesn’t understand, Natalie has no choice but to trust in him. But her pride won’t allow her to fall for the sexy kidnapper.

She stole his soul

Soren from the Fourth Clan of vampires loves his life. With an endless supply of demons to fight, and willing women to share his bed, why wouldn’t he? Love is an emotion he cares nothing about. But the foundations of his philosophies are shaken to the core after he has to detain Natalie. She’s unlike any woman—vampire or human—he’s ever come across. When it comes time to let her go, he finds he doesn’t have the heart to release his wild and sexy captive.

The power of love binds them

Together, Soren and Natalie attempt to unravel the secrets that haunt her past—which might tie both of them to the vampire prophecy. Though their passionate relationship is more than either had expected, both hesitate to fully entrust themselves to one another. But if they don’t, death may be the only thing that unites them.

Prophecy's Power is available on Amazon: http://www.amazon.com/dp/B00KZ4JFIE
I'm working on having it available where all e-books are sold. I'll keep you posted.