Prophecy's Healing, Book #5 In The Prophecy Series Is Here


Her love for him has spanned time.

After years of betrayal, Julia Murphy is starting over and attempting to leave her broken-hearted past behind. As a waitress at The Green Tree nightclub, she’s working to save enough money to finally take the college courses that will kick-start her new future. But fate has other plans. When two men viciously attack her, a tall, menacing stranger comes to Julia’s aid and thrusts her on a wild journey into a past that death has erased and a world she didn’t know exists.

His past and future collide

As the deadliest vampire warrior in the Surrey squad, Ace is feared and avoided, which is fine by him. He cares for nothing and nobody, including himself. But when he rescues a pretty waitress from a deadly attack, he can’t deny he’s drawn to her. However, this newfound attraction comes with consequences Ace never could have foreseen. He comes face to face with his tormented past, and Julia is the link. Now, he must decide whether he’ll fight for a love that’s spanned the ages, or if he’ll allow centuries old hate and betrayal to destroy their futures. 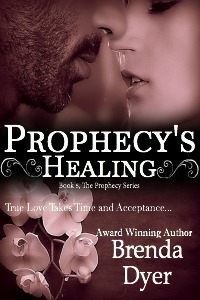