Amazing how such a small idea can become so amazing and large. When Val and Kate first shared their idea with me about the 1 Night Stand series I thought was a great idea, obviously so did everyone else from readers, reviewers and authors because the series has just blossomed into a must read for so many. I love that all the authors add their take to the series and how so many different voices are heard.

I am honored as always to be part of an amazing series.

Congrats to Val and Kate, Decadent Publishing and all the authors.  Now to get back and finish the one in my head. 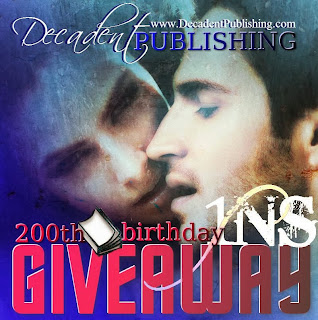 Blurb
Are they ready to gamble on a 1Night Stand?

Mia hides behind her computer, designing popular computer games. And though she knows just what to do to keep men coming back for more on the other end of the modem, she doesn’t seem to have the same knack in person.

Gavin hides behind numbers. Since his wife left him, the only thing he cares about is his son and his job. One failed relationship was enough, but if the right curvaceous woman came into the picture he just might manipulate the numbers a bit.

Can two meddling sisters enlist Madame Eve to bring Mia and Gavin together and show them two is always better than one? 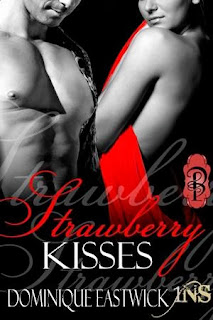 “Do you want the next strawberry with chocolate, or champagne?” He popped the cork.

“I, um....” She slowed her breathing, trying hard to concentrate on his words. “I’ve never had champagne and strawberries.”

“Really?” As he smiled, the first real smile she’d seen on his face was breathtaking, She could only nod since somewhere between her mouth and her brain she’d lost the ability to form simple words.

Pouring one glass of the bubbly wine, he took a sip, smiled then grabbed another plump berry. He rubbed it slightly on her lower lip. “Take a bite.”

He didn’t have to tell her twice. She bit, then savored, as he raised the flute and tilted it just enough for her to get a swallow of the liquid. Her eyes widened as the tastes of the fruit and champagne fused in her mouth.

“Another bite then?” He didn’t wait for her answer, giving her another piece and let her enjoy the fruit for what it was, savoring and treasuring as some of the best she’d ever had.

She opened her eyes just in time to see his close, and his mouth settle over hers. Her lips parted and a rush of champagne from his mouth filled her own. The fizzy liquid overwhelmed her senses. If she could have let out an ooh, she would have. But all she could think about was his tongue dancing with hers. His left hand still holding the flute, he wrapped it around her waist, pulling her closer.

RAFFLECOPTER CODE: a Rafflecopter giveaway
Posted by Brenda at 11:57 PM

D'Ann, thank you so much for stopping by!

Daryl, I know what you mean--the first line grabbed me too.
Thank you very much for stopping by.

Bobbi, thank you so much for coming by today!

Thank you ever so much, Sheri, for stopping by today!

Brenda thank you for hosting me today and to everyone that stopped by :)

Dominique, it is an honor to have you on my site. The thanks goes all to you.
Happy birthday, 1NS

Dominique - I have been wanting to read this one! Happy B-Day 1NS!